The three days event (24 to 26 January) marked the third anniversary of &PROUD festival at ThaKhin Mya Park which attracted approximately 15,000 people. The event was a huge success as the number of participants doubled compared to last two years.

An estimated number of 800 people also had their photos taken at the Pink-Pinky picture booth to show their support for the ongoing #LoveIsNotACrime campaign which calls for the decriminalization of same-sex relations in Myanmar.

Their performances meant the world to the audience as it represented their wholehearted support to the LGBTIQ community in Myanmar. The event was also enlivened by Yangon’s finest Drag Queens, LGBTIQ themed films, games, Drag Olympics and LGBT community performances.

LGBT knowledge booths and LGBTIQ life-story exhibition were also displayed to the public.

Annual Hero Awards was also given to the people who have made immense effort in promoting LGBTIQ rights to ensure that the LGBTIQ community is supported and accepted in Burmese society. The award winners involved: Thapyay Nyo Shwe Bo Pan Organization (Community Hero Award) and Dr. Phio Thiha (LGBTIQ Ally Award). 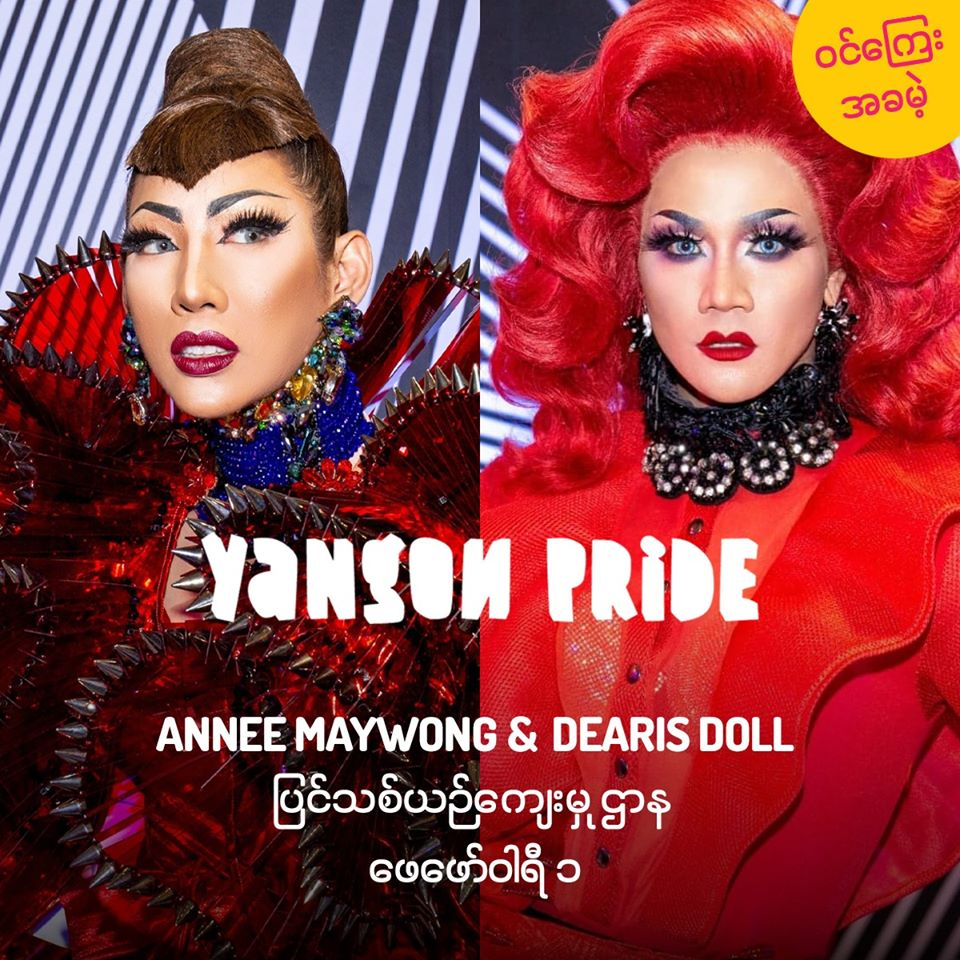 The final week of Yangon Pride festival will be taking place at the Institut Français de Birmanie from January 31st to February 2nd. The closing weekend will be entertained by singer Gae Gae, Ar-T, famous Drag Queen; Annee Maywong and Dearis Doll who have participated in ‘Drag Race Thailand.’